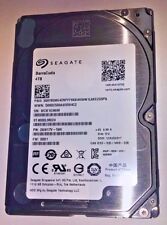 I have an old desktop that won’t turn on but I have some old photos on the hard drive that I would like extracted. The drive i have is a seagate st4000lm024, the drive is originally from an external drive but it is now an internal drive, it is showing up in device manager but not in disk managment

I would like the data retrieved from an external Western Digital Passport drive. I don’t know how it was damaged but it has the click of death. It is a Mac external drive with a Time Machine backup on it with lots of photos and some documents. Can you handle this recovery and at what price?
Model No: WDBBEP0010BBK
Ser No: WXB1A92X3810

I’ve done some trouble shooting with my 3tb hard drive but am unable to boot with it plugged in. I’ve had this hard drive for a year and three months and haven’t had this probably before. It also makes a buzzing sound when running. Would I be able to mail it in for it to be repaired? I think it’s a Seagate hard drive. If repair isn’t possible, data recovery would be great. Can I mail it to your store?

The fault that we found with your WD hard drive was electronic: probably caused by the wrong power unit being plugged into the drive and blowing the PCB. This would tie in with the failure symptoms you described to me – light goes on when drive attached, followed by light dimming and no access to the hard drive. Once we’d repaired the drive’s electronics, imaging it and recovering the data was quite straightforward, and at no point was it necessary for us to modify any of the data contained on the hard drive.