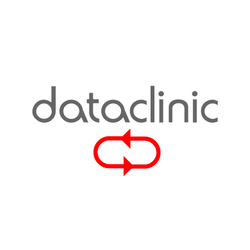 Readers of this blog will know that I rarely recommend a data recovery company, and when I have I tend to recommend different ones. In this post I’m extolling the virtues of England’s Data Clinic. All the examples below they have provided hard drive recovery successfully. I really can recommend them.

I have WD20000H2Q-00 external drive that has stopped working today. System does not see the drive plugged in, with firewire or with USB and it seems to make a repetitive sound of spinning (its not clicking). There is two disks in RAID0 with combined capacity of 8Tb of which 1.5Tb is data. How much would it cost for a hardware diagnostics, how much would it cost to extract data in case the hardware is beyond repair and do you have a shop near Enfield?

Initially my computer no longer recognised the disk drive ( a WD Elemwnts 500 gig drive)though my smart tv showed the folders but could not open them. Now even the tv cannot detect anything

Around a week ago, my laptop appeared to be operating normally with no strange noises from the HDD or issues with opening files. When I closed the laptop and put it to sleep, the next day the laptop had frozen. I disconnected the power and reconnected it, and it worked apparently without issue. However, that night, it did the same again when put to sleep, but was again fixed when powered off and on again. It did it one more time, before it finally could not be restarted at all. The hard drive was not subjected to any impacts prior to the fault, but is now making 16 soft clicks when powered on. It is not being recognised by the bios and a replacement hdd has confirmed that it is not a laptop bios fault. The drive is a Seagate STL1000 1tb, with around 500gb data on it, although only photos and documents are of interest.

I have a buffalo linkstation LS-WXL1C6 with 2 drives in RAID1.
One drive has failed and I’m massively struggling to get access to the working drive.
How much would it cost to get it fixed at your chiswick branch? If it’s not fixable then just to get the data off onto an empty drive that I can provide.

Samsung Galaxy S6 not working, need to recover data. Apparently the reason it isn’t working is due to previous water damage caused parts to degrade and fail over time. This initially resulted in a screen malfunction which was fixed then resulted in the phone not charging and a problem between the battery and / or the part of the board that talks to the battery and the main board. The phone holds lots of contacts, voice recordings, texts and photos of our newly born son that we would like to recover.

I am in urgent need of help with my toshiba external hard drive. The usb port cable where it inserts to the hard drive, the connector has come out and will not read the usb through the cable. i need some help of how to fix it as this hard drive has all my work and teaching information on. I need to know how it can be fixed and how much it would cost.

Western Digital Elements 4tb external drive.
Its powering on by failing to be seen by Windows 7 & 10, tried two machines, different cables and power supplies.
WD Lifeguard tool cant run tests due to too many bad sectors on the disc.
The drive’s warranty expired Feb 2017

My IT team in Experimental Psychology at UCL told me to get in contact with you. I had a drive go down on a 25TB 8 disk RAID 5 and while it was rebuilding, a second went down. I can’t get it back online. I would like to get a quote for how much data recovery might cost. I have much of it backed up so deciding whether it would be worth it to try and recover

2TB WD My Book Live external hard drive making clicking and beeping noises and will not power on. May be a mechanical failure with the drive.